Maria was a poor young farm girl in a small village in Mexico. Every Christmas, the villagers would decorate the church and the entire village and the children would all make gifts to give to the Baby Jesus. Maria wanted to make a special gift. She had helped her mother before with the loom, so she tried to weave a colorful blanket. But her project soon became an entangled mess. Maria was heartbroken. She wanted so much to be able to march in procession with the other village children, but she had no gift to offer.

Christmas Eve came and all the villagers gathered in the village square. Everything looked magical. Some even whispered that they could hear angels singing. With candles held high, all the villagers began the procession toward the church.  All except Maria, who hid with tears in her eyes. “I don’t have a gift for the Baby Jesus,” she sniffled softly. “I tried and tried to make something beautiful, but instead I ruined it.”

Just then, Maria heard a voice. She looked up and saw a bright star hovering over the tiny church. “Maria,” the voice spoke, “The baby Jesus will love whatever you give because it comes from your heart. Love is what makes a gift special.” Maria then noticed some tall green weeds in the corner and rushed over to fill her basket. She arrived at the church as all of the children were walking down the aisle with their gifts. When the Padre placed the figure of the baby Jesus in the manger with the children’s gifts all around it, Maria became scared.  All of the other children were dressed in such beautiful clothes, and she was dressed so poorly. She tried to slip behind one of the big pillars, but she was too slow. The Padre saw her.  “Maria, Maria,” he called out. “Come, bring your gift!” He saw her apprehension and said softly, “Maria, come and see the Baby Jesus. There is space left for one more gift.” Without thinking, Maria found herself walking down the main aisle of the church.

“What is Maria carrying in her basket?” the villagers whispered. “What is her gift?” As Maria reached the altar, she closed her eyes and poured the weeds out of her basket. Voices gasped, “Look! Look at those glorious flowers!” Startled, Maria opened her eyes. She was stunned. Each weed was now topped with a flaming, bright, red star. Outside, throughout the village, every weed had transformed into a beautiful flower.

Maria’s love had created a miracle. The Christmas Poinsettia. 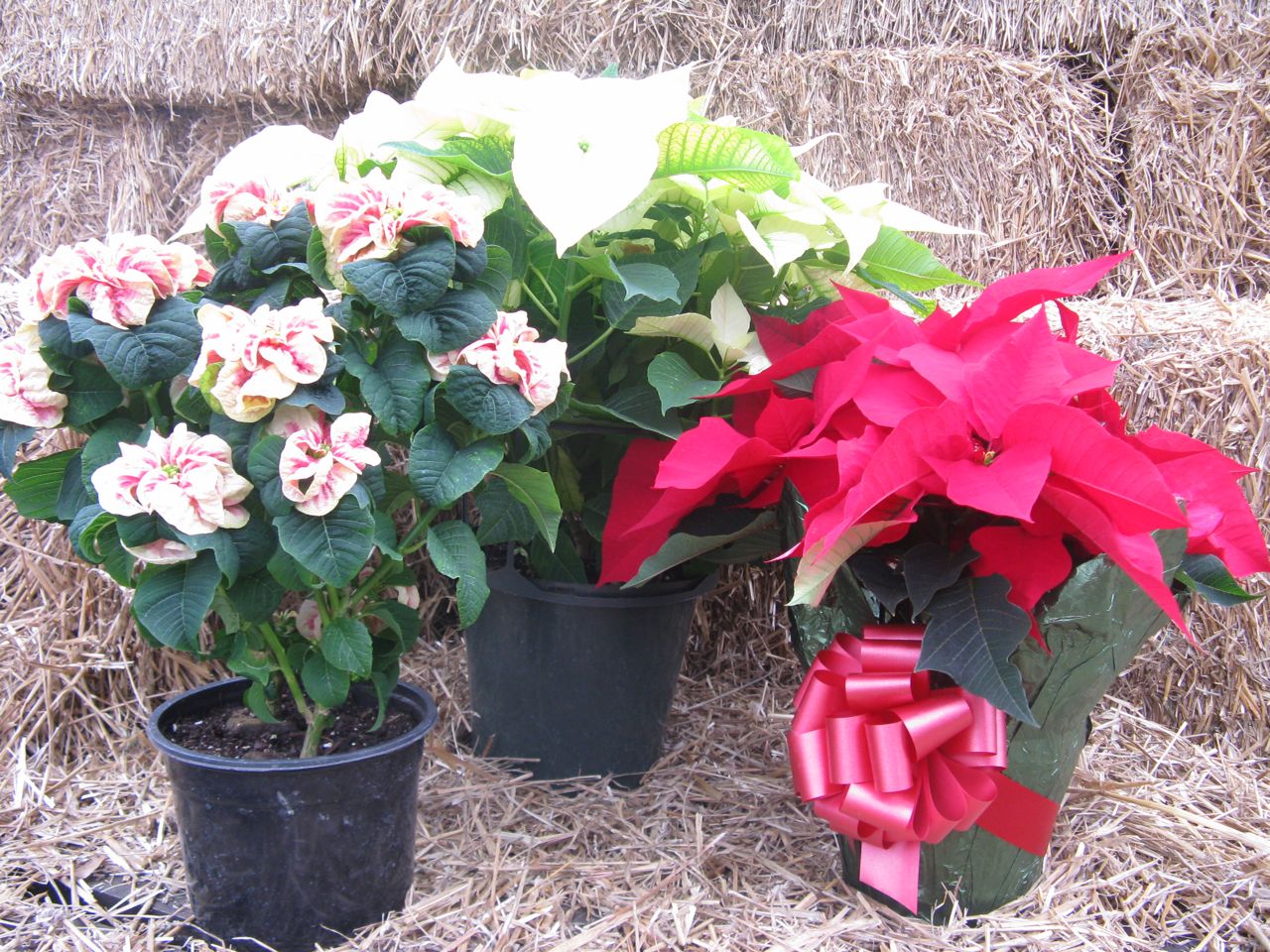