When the going got tough for the Continental troops back in the Winter of ’76, General George Washington knew exactly how to muster courage and bravery in his men.  Washingtons’ own Molasses Beer was the lubrication that kept the American side on the move. It was once said that a young Lieutenant Rose marched his platoon 15 miles through a dark and snowy night to lay claim on their weekly ration.  General Washington had to keep the taps flowing, but faced a serious shortage of molasses once the British blockade began to bog-down his ports.

Among the many cards up his sleeve, Washington had an ace in the daring young Captain Amos “Longlocks” Hester.  Fearlessly sailing his square-rigged sloop, Byrdie through the British gaunlet, Captain Amos never disappointed General Washington as he navigated enemy waters time and again to deliver Washington’s nectar…Carribean First Boil Cane Molasses.  While Captain Hester never received official recognition of his invaluable war efforts, he was able to establish his “Carribean to the Carolinas” trading route that continues to this day.  In fact, you can still find his great-great-great grandson, with a steady hand on the helm at Stone Brothers & Byrd.

Amos will even sell you a hand-drawn quart of his famous First Boil Cane Molasses. 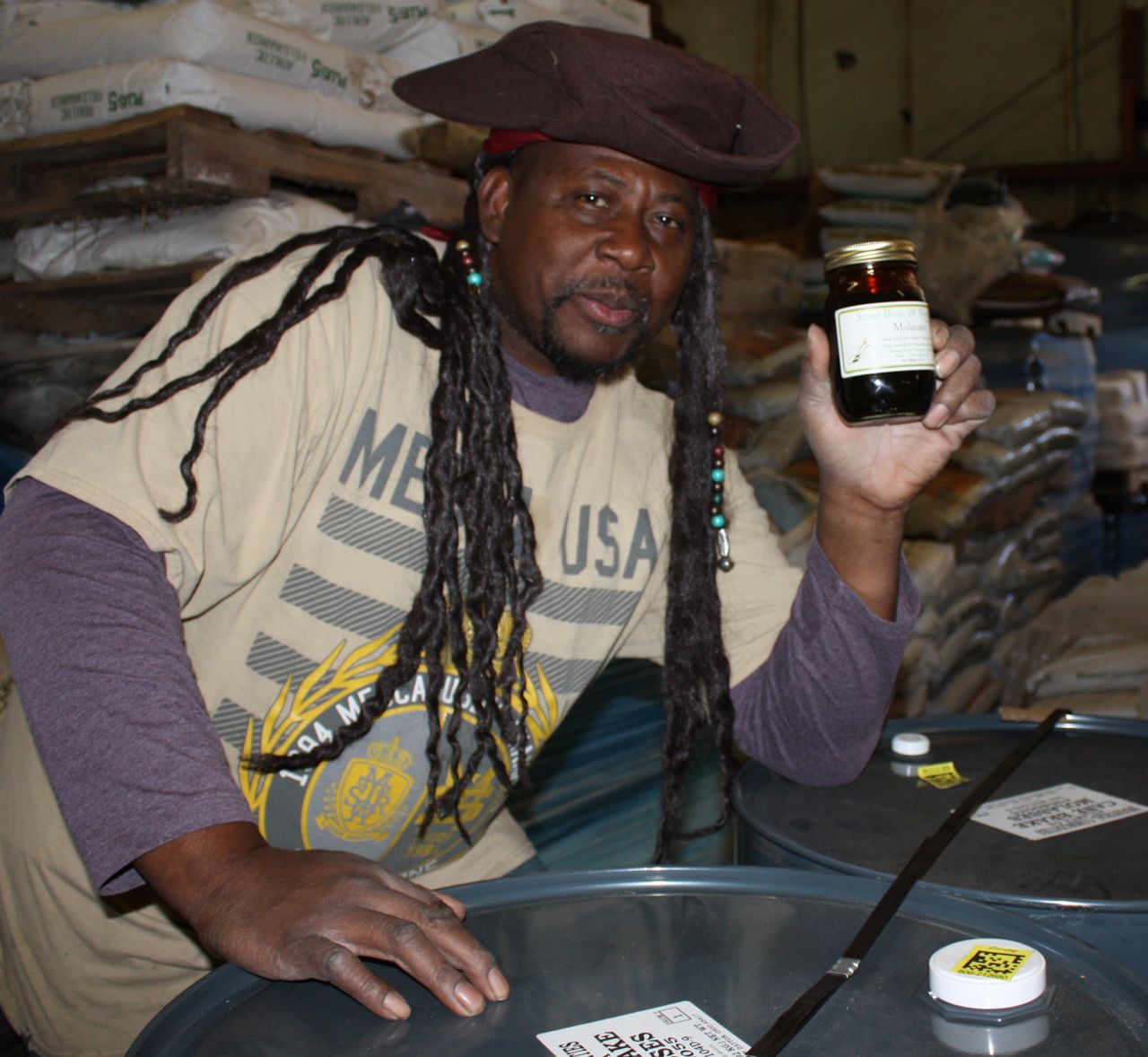 George Washington’s Molasses Beer: Acquire a large sifter of bran hops.  Boil 3 hours.  Strain out 30 gallons and pour scalding onto 3 gallons of Stone Brothers & Byrd First Boil Cane Molasses. Let stand till little more than blood warm then add a quart of yeast. Cover with blanket and allow it to work for 24 hours.  Then, into the cask, leaving the bung open till it is almost done working.  Bottle it fresh and drink deeply.